Out and about with Geelong Field Naturalists Club

As part of our Plains Tender Program we have been conducting fauna surveys with the help of the Geelong Field Naturalists Club (GFNC) over the past two years.

This year we have continued these surveys with private landholders on Plains Tender sites with the help of the GFNC at a number of new sites. Across the region we have conducted mostly tile grid surveys, using roof tiles placed in a grid pattern that act as temporary habitat and are a good way of finding reptiles that would otherwise be amongst the soil cracks and vegetation at these sites.

Frogs are also commonly encountered using this method.  Some GFNC members have conducted opportunistic bird surveys at a number of sites also. We have even used Harp Traps this year to record bats at one property. The surveys cover diverse landscapes in our region including critically endangered Plains Grassy Woodlands near Anakie, Plains Grassland near Shelford and Mount Mercer and Stream-bank Shrubland in the Moorabool (Sheoaks) and Yarrowee River valleys (Mount Mercer).

The sites were chosen for their proximity to old records of the critically endangered Striped Legless Lizard Delma impar which we are ever hopeful of locating. Unfortunately they eluded us again this year but we were able to record a range of other fauna including Spotted and Striped Marsh and Brown Tree frogs, Lowlands Copperhead, Tiger Snake, Eastern Brown and Little Whip snakes. We also recorded Robust Ctenotus, Garden, Cunningham’s and Eastern Three-lined skinks.

Perhaps the highlight this year was the collection of two Little Forest Bats in the Moorabool valley, this being only one of up to potentially eight species which may be found in the area. 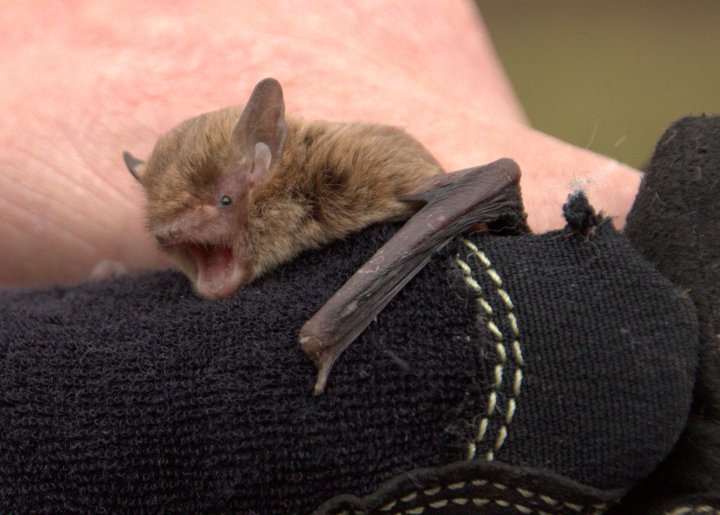 These surveys have been invaluable in connecting landholders with local groups like the Geelong Field Naturalists Club and their knowledge and expertise.

We have also had positive feedback from the landholders involved in our Plains Tender program, for them to see the species which are supported by the conservation area which they have worked so hard to maintain over the last four years. Many of these cryptic species would otherwise rarely (if ever) be encountered by these landholders and reinforces the value of their commitment throughout the program.